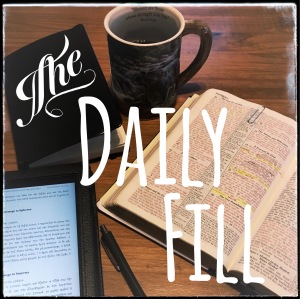 Quote of the Day

Will Following Jesus Make You a Liberal?

“Susie Meister has explained how studying religion made her a liberal, with the result that she left the right, stopped voting Republican, and started voting Democrat. I want to provide an accurate summary of her concerns and try to provide the kind of things I would say in response if I knew her: if I was a trusted friend, her brother, or her pastor.”

“My wife Robin came home from a Christian speakers
conference yesterday and told me about a discussion they had. John 5 was the
passage under discussion, and when they arrived at v 4, to their surprise it wasn’t
there. I guess it caused quite a stir.”

“Six months after announcing plans to cut 600 to 800 missionaries and staff in order to balance its budget, the International Mission Board (IMB) of the Southern Baptist Convention (SBC) revealed today that it has lost 1,132 workers—almost twice as many as its low-end estimate.”

“This week we are pondering the specific skill of word study in preaching.  Today I’ll focus on identifying key terms, then tomorrow we can consider the actual processes involved.”

Do You Make These Common Word Study Mistakes?

“You know that dad who veers off the road to the vacation destination to take his family to some random tourist trap? That’s what preachers do when they take their congregation through a bad word study.”

Peter is the Director of For His Glory Prison Ministry. Peter holds a BA in Pastoral Studies from Southwestern College, a MA in Theological Studies, and a M.Div. from Liberty University. Peter is married to Niki, and has two children. He has been saved by grace and seeks to share the Gospel with those who have been forgotten.
View all posts by Peter van Brussel →
This entry was posted in Daily fill and tagged believer, Bible, Christ, Christianity, Disciple, discipleship, faith, follower, God, grace, Jesus, leader, leadership, principles, student, Word. Bookmark the permalink.