Christianaudio.com has a free audio book that you can download from Matt Chandler Recovering Redemption. 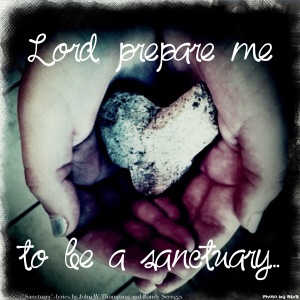 Quote of the Day

“So few grow, because so few study.”

14 Reasons to Memorize an Entire Book of the Bible

“I recently spent about 16 months memorizing 1 Corinthians and then recited it as a sermon to my church. I want that text in my blood. Here are some lessons I’ve learned along the way regarding both why and how to memorize an entire book of the Bible. Today I unpack the rationale for memorizing Scripture, and tomorrow I’ll provide a method I’ve found helpful for memorizing God’s Word.”

“A tenured Wheaton College political science professor who pledged to wear a hijab during Advent in support of her Muslim neighbors has been placed on administrative leave. Not for donning the Islamic head covering, but over “significant questions regarding the theological implications” of her explanation of why she was doing so.”

Should Evangelicals Evolve on Homosexuality?

“It was a beautiful day in Minneapolis. The sky was blanketed with grey clouds while weak rays of a sallow sun beamed through its cracks and crevices. I sat at the coffee shop waiting for Rosaria Butterfield. Her schedule was packed that day, but once she arrived you would have thought this was her first appointment.”

Bible Translations and the Democracy of the Dead

“Tradition means giving votes to the most obscure of all classes, our ancestors. It is the democracy of the dead. Tradition refuses to submit to the small and arrogant oligarchy of those who merely happen to be walking about.”-G. K. Chesterton

Two Ways to Watch a Film Version of the Entire Gospel of John, Word-for-Word

“In 2003, Scottish-Peruvian actor Henry Ian Cusick starred as Jesus in the three-hour film, The Gospel of John. The script was an unabridged word-for-word use of the Gospel of John, using the Good News Translation.”

Peter is the Director of For His Glory Prison Ministry. Peter holds a BA in Pastoral Studies from Southwestern College, a MA in Theological Studies, and a M.Div. from Liberty University. Peter is married to Niki, and has two children. He has been saved by grace and seeks to share the Gospel with those who have been forgotten.
View all posts by Peter van Brussel →
This entry was posted in Daily fill and tagged believer, Bible, Christ, Christianity, Disciple, discipleship, faith, follower, God, grace, Jesus, leader, leadership, principles, student, Word. Bookmark the permalink.